Once again here's another batch of huge screen captures from these rare Alyssa talkshows & interviews participations. Sure though she look gorgeous and really down to earth while speaking about her passion for baseball and also promoting her clothing line Touch. I have added almost 2000 screen captures from three various talkshows at Fox that she attended.Enjoy these captures and below are the previews!

Back again to our gallery updates thanks to Pauline I finally found lots of new set of photoshoot outtakes from Alyssa teen years and these outtakes was gorgeous and very inspiring!I loved these photoshoot it shown the innocence side of Alyssa and hope you will loved this too...So head over to the gallery for more images and enjoy these previews!

Alyssa Milano is pregnant. The former "Who's The Boss" star and her husband, Dave Bugliari have confirmed they'll welcome their first child later this year.

"Congrats to Alyssa Milano on her pregnancy!" tweeted Drew in Cleveland. According to People Magazine, the couple couldn't be happier about their upcoming little bundle of joy.

Milano and Bugliari now join celebrity couples such as Jessica Alba and Cash Warren, Jewel and Ty Murray, and Kate Hudson and Matt Bellamy, who will all be welcoming children this year. According to a source, Milano and Bugliari's child is due to be born this Fall.

Alyssa Milano may be known as the cute kid co-starring next to Tony Danza and Judith Light in "Who's The Boss," but she's grown up in the spotlight. Now 38-years-old, Milano has also been featured in television shows such as "Charmed," where she played a powerful witch.

"They're just over the moon," says a friend of the actress. "They are so excited." Alyssa and Dave, who is an agent at the Creative Artists Agency, met in 2006. The couple wed in New Jersey three years later. What do you think about Alyssa Milano and Dave Buglari's baby news?

I have updated the screen captures gallery with all over 3000+ screen captures from all the interviews & talkshows that I had missed and Alyssa was incredibly stunning as always!I loved all these interviews and they did reflect the whole of thing about our dear Alyssa so enjoy these previews and click the links to view more in the gallery! Also I found the full version of the talkshow The View that Alyssa appeared in 2010 recently.....!

Just a quick update everyone...I have added almost 40+ back covers of all from the Charmed books collections starting from the first book till the final one which called Trickery Treat. These were fabulous follow-up books for the series & I did seriously loved the covers of the books...they are vibrant and attractive to me. I hoped everyone will enjoy these photos. And I will be setting up a new section on Charmed areas which was Charmed Books review and I hoped you will email me your reviews on the whole Charmed books where the best review will be put in that section for showcase!

Behold...Alyssa Milano had just released the news about her official homepage brand new facelift...means new layout with more friendly fansite look. I loved the new theme it match with the whole new Alyssa current Touch line with lots more gold and green. Also I have added the latest promotional images from Alyssa's new clothing line range for 2011. So enjoy the previews and head to the gallery for more!

I manage to update our gallery of screen captures with 600+ more Touch related interviews screen captures that I found and true they are all in great quality just exclusively for fans & visitors at Alyssa Milano Central. Alyssa was stunning in all these interviews and I just loved the way she spoken..she was so down to earth and still she was really successful in every career path that she had chosen and which I found Alyssa to be very inspiring to all the youth around us now. Below are the previews and enjoy the caps!

Today I finally manage to make some mega updates over at both gallery which pretty exhausting and I loved it so I hoped you all will also loved these so much as much as I do. I have made 500+ screen captures from Alyssa interviews on E!News for My Name Is Earl and also Lifetime Interview for Wisegal. And I also reload more candids photos from various sighting of Alyssa which recently have been spotted. All of them have been uploaded to the gallery so enjoy these big previews below!

Tonight I already updated the Screencaptures Central with 300+ screen captures from all of earlier Alyssa Milano photoshoot outtakes and behind the scenes.They look incredibly gorgeous and Alyssa was so stunning in each and every of them. I hoped all of visitors and fans here will loved the updates tonight so until then... see you later and below are the previews!Enjoy the treats!

I have added new screen captures from Alyssa participations with a music video by Blink 182 entitled "Josie" where Alyssa played a highschool cheerleader who fallen for a loser that also happened to have a crush on her. Also I had capped Alyssa's trailer for The Surrogate where Alyssa starred opposite Connie Selecca as a surrogate teen mother for Connie's baby. Altogether I have added almost 700 caps for these two so head over to the gallery and enjoy these previews!

Today just a quick update to the gallery additions I found these great images that missing from our categories in the gallery album where some of the events photos cannot be found but thank you so much to Charmed Hungary for posting these images exclusively for fans and here there are 4 events from year 2008 till 2010 so view them all in the gallery & enjoy these previews! 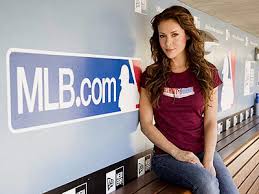 Actress Alyssa Milano has been cast in the star filled follow up to Valentine’s Day, entitled New Year’s Eve. Find out about Milano’s role in the film and see videos and photos of the former Charmed actress below.

The thirty-nine year old actress has been cast in New Year’s Eve, Milano will play the role of a nurse who cares for an elderly patient. With her career an exhausting toll, Alyssa’s character has no one to spend the annual holiday with in the drama that follows “the lives of several couples and singles in New York intertwine over the course of New Year’s Eve.”

Recently Milano has appeared in the TV movie Sunday at Tiffany’s the tv series Romantically Challenged as the character Rebecca Thomas amd the 2010 movie My Girlfriends Boyfriend. Acting since her youth Milano rose to fame after becoming a household name or her role in the sitcom Who’s The Boss as Sam. Since, the New York native has starred in My Name ids Earl, Pathology,

Drop us a line and tell us what you think about Alyssa Milano’s New Year’s Eve Role? Is she a good fit for the Marshall directed flick that was penned by screen writer Katherine Fugate?

Finally a screencapture update for all of you fans...I have capped the interview that Alyssa did for the Collider while promoting Pathology at the Wizard World gala. Alyssa answered all the questions regarding her role, expectation from the movie and everything about the movie itself. You might find the interview was very heartwarming so here I had made 360+ screen captures from the video so head over to the gallery & enjoy!

Thanks to the super creative & inspirational designer Luke from Fanfusion.org for these great new layouts for both our gallery & screen captures central. I loved the new look and hoped that everyone will loved it too. I loved the blends of gold, light pastel & grey in these and the blue color really make the whole layout look extra astonishing!So here I presented you our new Gallery & Screen captures layouts!Enjoy!

This will be my last updates for screen captures of Alyssa for this week as I had completed all the sections for you so far and I will start capping again after I had gotten all the complete series of Melrose Place & Who's The Boss so for now I did made huge captures from rare interviews of Alyssa especially the one that had to do with the promotion of Romantically Challenged & also The Morning Show with Mike & Juliet. So below are the previews and head over to the Screen captures Central for more............Enjoy!